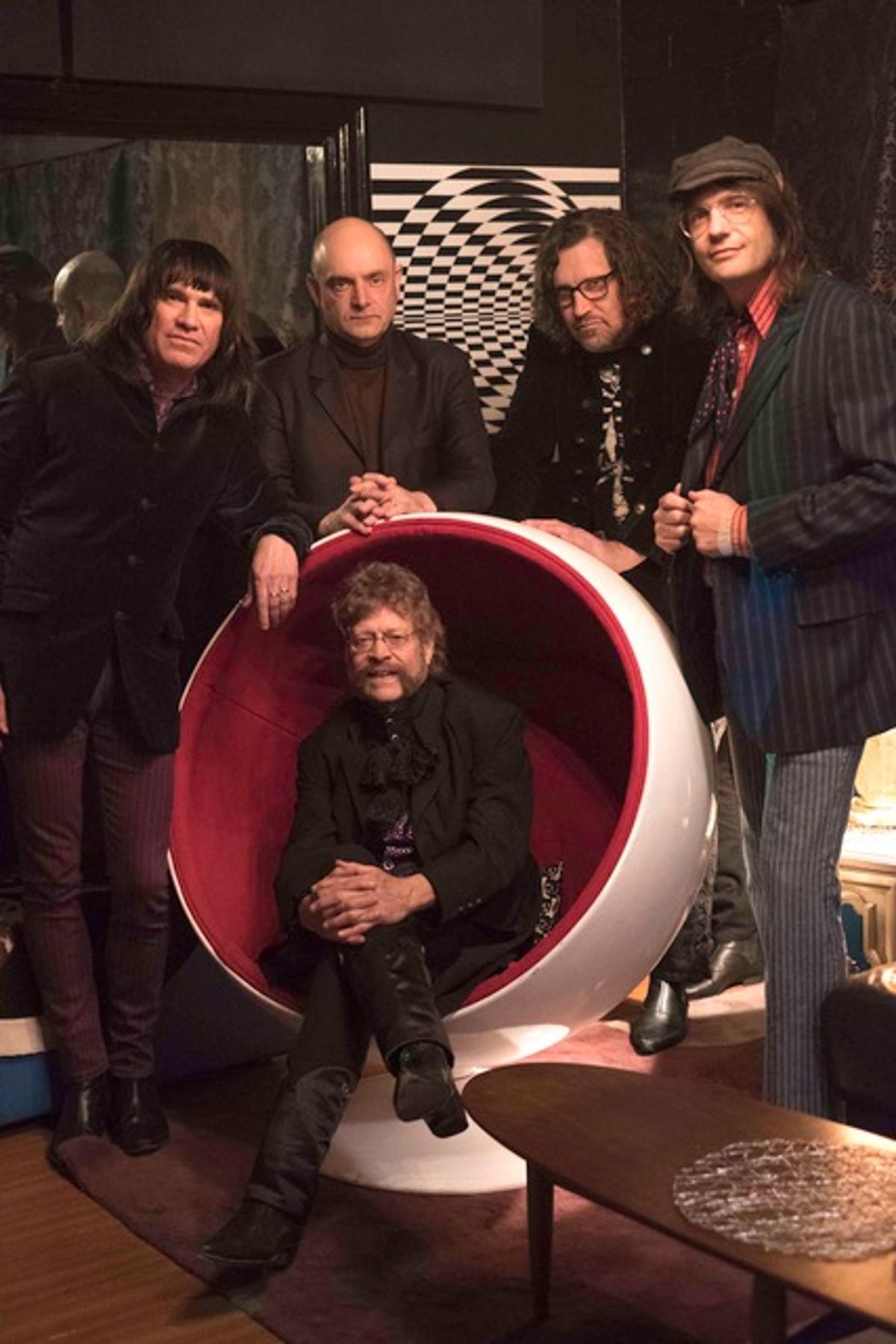 The Seeds remain amongst the most beloved and iconographic of the original 1960s garage-psych avatars. To many, their edgy dissonant sounds and relentless fuzz-fuelled drive, tinged with flights of psychedelic fancy, makes The Seeds the quintessential exponent of the genre, as heard on such classics-for-the-ages as ‘Pushin’ Too Hard,’ ‘Can’t Seem To Make You Mine and ‘Mr Farmer.’ Their eponymous 1966 debut album has long been recognized as a minimalist rock’n’roll masterpiece, while its sequels, the pop-art A Web Of Sound and florid Future, have also grown more influential as time goes on. For decades, the name The Seeds was most closely identified with the activities of their eccentric vocalist, the late Sky Saxon, but the first, pathfinding line-up was always a collaboration, the musical director of which was, without a doubt, keyboard whiz Daryl Hooper.

Now in 2022, as the only surviving original Seed, Daryl has reclaimed his birthright with a new and powerful set of Seeds personnel: band historian Alec Palao on bass, singer/frontman extraordinaire Paul Kopf, and Sky Saxon alumni Mark Bellgraph on guitar and Justin Smith on drums. Careful to undertake writing and recording of new material with the same spirit that made the original Seeds discs so evocative, the new line-ups recent 45RPM single on the hip Hypnotic Bridge label, ‘Vampire’ and ‘Butterfly Child’, aspires to inspire rather than revive. The guitars fizz and throb, the drums pound, and Daryl’s piano and organ parts remain as spookily compelling as ever. And Kopf delivers a performance one hundred percent in keeping with the energy and verve that is The Seeds’ signature.

Back in action after the pandemic, the new-look Seeds’ recent live performances have thrilled aficionados and rock’n’roll fans of all ages, featuring a power-packed set full of Seeds classics and deep cuts, all delivered with the authentic energy and spirit of the original band. Don’t miss ‘em!