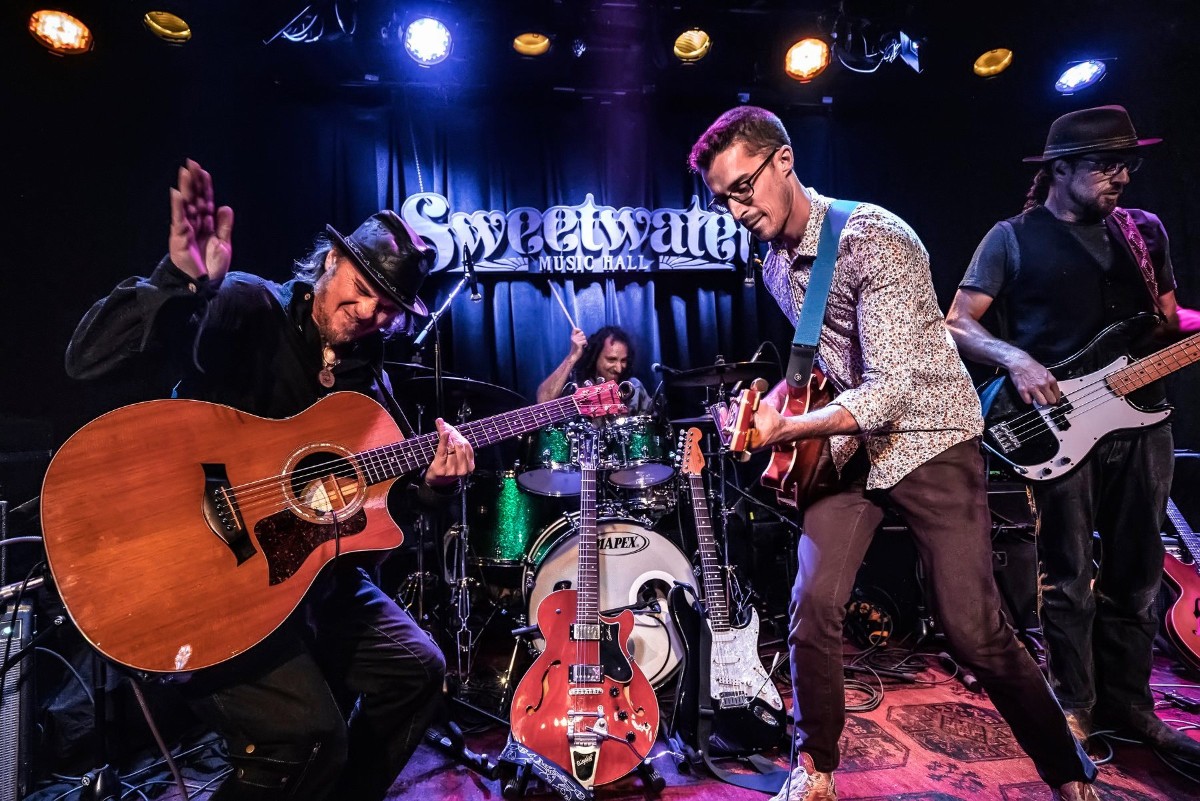 A Theatre of the Mind in two acts, imaginative songs inspired by actual experiences are like animated audio art. “The Spirit of ’69” considers how advancing technology since the Moon Landing has transformed life in the mobile phone age, and an impromptu
performance at Reverbia served as the livestream soundtrack for the incredible Drone Man show at this year’s Renegade Burn (100k YouTube views). “Devil Deal” takes a sexy she-demon spin on the infamous bluesman at the crossroads scenario. “Honey
Moon” summons the spirit of Yosemite. “Hard-Fought Magic” is Leslie’s perspective on co-founding the Guitarfish Music Festival. Very special guests including mandolin/guitarist James Nash (The Waybacks) and more TBA will be on hand to bring the textured layers of the epic recording to life.