Shovels & Rope: The Manticore Tour with Tre Burt–SOLD OUT 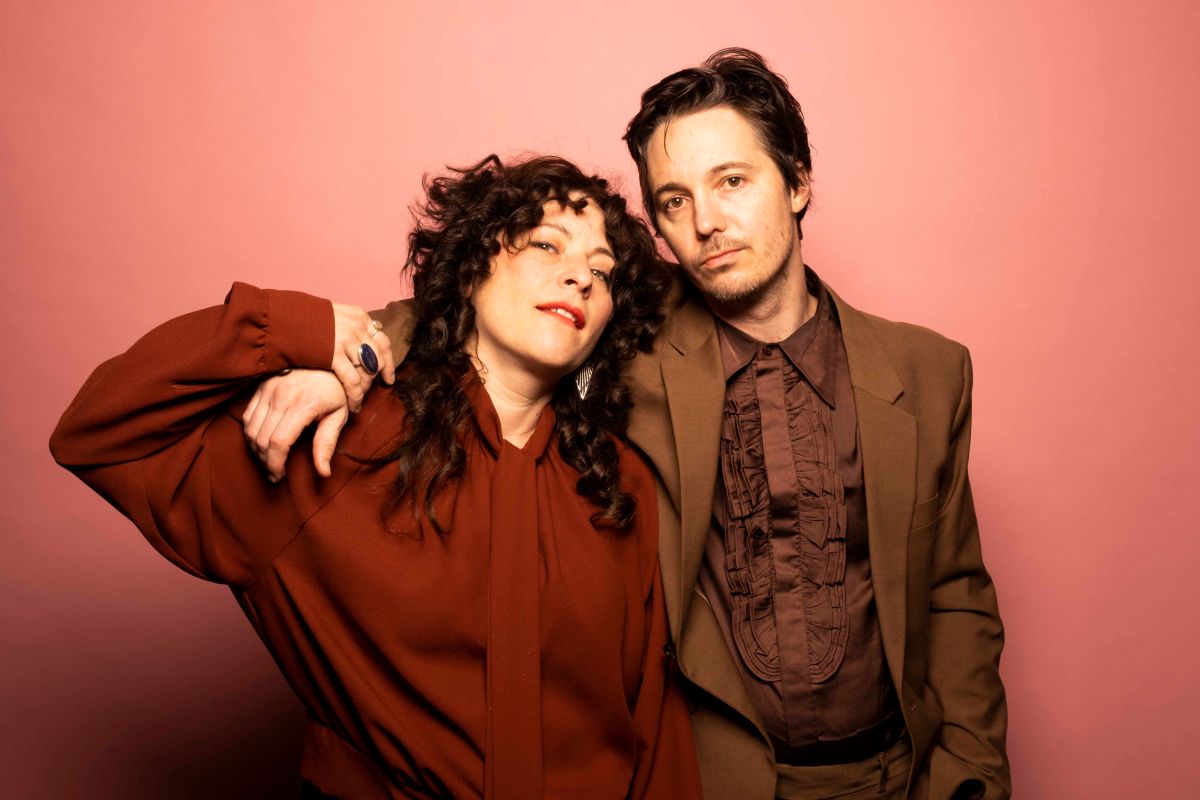 “It’s not heavy metal, but in our guts, it feels a bit like Heavy Metal,” says Michael Trent of the band’s new album, Manticore due Feb. 18. Next year, 2022, will mark ten years since Cary Ann Hearst and Michael Trent released their debut album O’ Be Joyful, the first formally billed as “Shovels & Rope.” That decade included the release of six full-length albums, three collaborative covers albums (Busted Jukebox Volumes 1-3), a curated music festival in their hometown of Charleston, SC (High Water), a musical film (Shovels & Rope: The Movie) and countless dynamic live performances all over the planet. But it was in the rear courtyard suite of the Decatur St. house belonging to the Preservation Hall Jazz Band in New Orleans where Michael and Cary Ann began polishing up the songs that became Manticore. There was a piano in the room and a little desk. There were piles of scattered and folded papers lying on the bed and copious digital ideas in the form of voice memos. And despite the pounding parades in the surrounding streets, it was quiet in the afternoon.

Months of relentless touring, partnering and parenting had left them threadbare, and the New Orleans stay was intended for finding time to think while renovations were happening at their house on Johns Island, SC. That time coincided with the last Mardi Gras before the world shut down and went into hiding. Sitting at the piano amid the pile of finished and unfinished lyrics, there was a bittersweetness and exhausted peace that belied the coming tribulations. The Decatur St. house would be the last stop on the year-long assembly line of songwriting on the fly. An image here and a rhyme there, scratched into a note pad for later. The next stop was The Whip, the home studio that was a refuge workspace in their backyard. They got back, put the laundry on, digested the news that the world was closed, the tour was canceled indefinitely, and the only thing to do was go inside. Inside the house, inside the studio, inside your mind and inside your time.

The songs and stories that make up Manticore are visceral, bold and at times deeply personal. And while all those adjectives could be used to describe the duo, this time around it rings true in a way that hits differently – or at least harder. Perhaps everything hits harder for everyone these days. And while most of these songs were written before the pandemic, they were all recorded at a time when everyone was inside. It takes aim at the human experience and does so without pulling a single punch: reflections on idol worship, homelessness, social justice, the experience of fierce parental love and marital strife are all on the menu here; and in true American fashion, the helpings are plentiful.

Manticore was initially intended to be a stripped back affair. The songs were written with the expectation that they would feature almost nothing but acoustic guitar, piano and their two voices. But with the time afforded to the band by the complete stalling of their industry,
they returned to the recordings and indulged the opportunity to expand the sound of the album with no pressures or expectations regarding the calendar. The most extended amount of time off the road since the band’s inception coupled with the creative outlet and subsequent work/life structure the album demanded created an anchor to some kind of sanity in a world that seemed to be truly losing its mind around them. “I was grateful to have something to work on, to go into the shop every day for a few hours, get into something, exercise parts of my brain and feel excited about something when there really wasn’t a whole lot to feel excited about at the time,” Michael Trent recalls of the process.