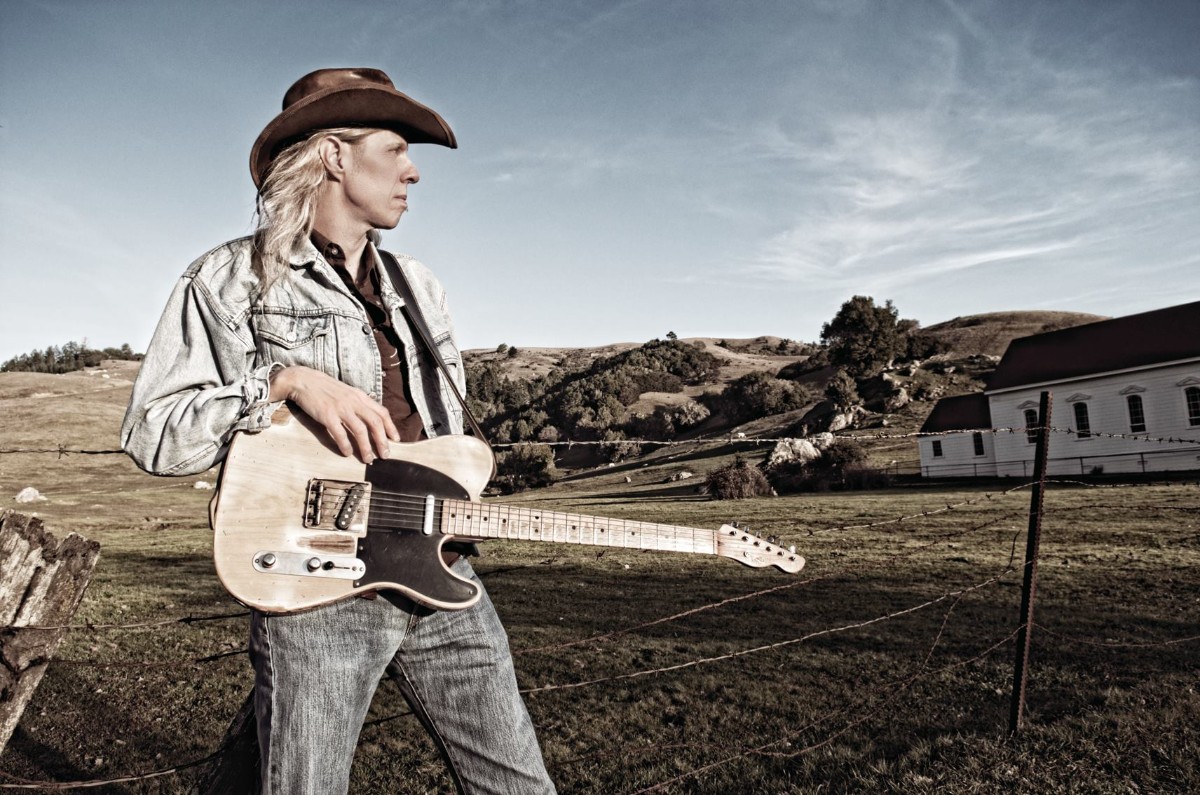 Until a few years ago, Danny Click was one of Austin’s best-kept secrets, a musician’s musician who’d won the respect of some of alt-country’s biggest names but hadn’t yet found widespread recognition.

That changed when Click’s latest CD, Life Is A Good Place, was released in April, 2011 and spent more than 12 consecutive months on the Country, pop, and Americana radio charts.

The first single, “Wait My Turn”, reached #1 on Nashville’s Indie World Country Chart, and the second single, “I Feel Good Today”, topped out at #14 on the NMW national Country chart along side Keith Urban, Miranda Lambert and Taylor Swift.

In the San Francisco Bay Area, where Click now resides, he’s built a large and passionate fan base that includes musical greats Carlos Santana and Elvin Bishop, both of whom have joined him on stage for impromptu jams.

Click and his band The Hell Yeahs, featuring a round-robin roster of top-shelf musicians, have played more than 200 sold-out shows over the past two years, as well as opening for legends Taj Mahal, Cake, Robert Plant, Mavis Staples, Sonny Landreth and JJ Cale.

Last summer Click bumped it up another notch, playing large festivals like the new Mount Tam Jam and Waterfront Blues Festival in Portland.

What’s causing all the buzz? First, there’s Click’s sound – a refreshing return to smart, sassy blues-inflected country rock. Think Tom Petty crossed with Wilco, spiced with the southern tradition of Lucinda Williams and John Hiatt. Add to that Click’s searing guitar, reminiscent of Stevie Ray and David Lindley, and you’ve got at least part of the picture.

Then there are Click’s live shows; an anything-can-happen mix of stellar songwriting alternating with blistering blues-rock. When Click brings it down with the strings-inflected “Blue Skies”, you can hear every breath in the room; when he launches into the infectious “Wait My Turn,” there’s not one person who can stay seated.

Lastly, there’s his songwriting. Continuing in the tradition of the Texas greats, Click pens wide open songs deeply rooted in a life well-lived. Growing up in a small farm community outside Indianapolis, Click was the youngest of nine children in a working class family. He was gigging in his older sister’s country and western band before he was out of high school.

Click moved to Austin, where his three-piece alt-country outfit, Danny and the Hurricanes, was a local phenomenon. He then spent three years with Americana artist Jimmy LaFave.

Life Is A Good Place is the payoff, putting Click squarely in the upper echelon musically and lyrically. From its radio perfect songs to the sparse stories taken from real life, it leaves you filled with hope and a new respect for the human condition.

Fast forward to 2013. After four previous records and literally hundreds of gigs on the road, Click’s latest single, Baptize Me Over Elvis Presley’s Grave, went to #9 and stayed in the top 10 for the entire month of October, 2013. The music video is on CMT and is a viral share online.

In April 2015, Danny and band finished a brand new studio album with legendary producer Jim Scott (Tom Petty, Rolling Stones, Wilco, Lucinda Williams, etc.) which was released worldwide on Sept. 18, and is still on radio charts and DJ playlists across the country.

The title track reached #1 on Indie Country radio in June 2016.